A publishing phenomenon (ish) of recent years has been books listing things that are supposedly ‘crap’, or ‘shit’, or some other less than flattering term. The comedian Frankie Boyle even entitled his autobiography, as far as I am aware, ‘My Shit Life So Far’ (least said soonest mended). Indeed, you may have seen some of these titles on your bookshelf at home – Seditious Theology would not see it as its place to condemn this.

Now, I find it unlikely that many churches will have stepped in to take advantage of this trend. My suspicion is that the number of people who will have preached sermons that are warm to, or encourage fully these sentiments is rather small – if any. However, I think there is a place for such things and the following helps explain why.

To do so, I need to elicit the help of one book; Ecclesiastes.

Ecclesiastes is, it has to be said, a difficult book and, with this in mind, I have taken the step of providing a small bibliography at the end for those who wish to look at things a little further. I’ve also left in a couple of rather nice quotes for people to follow-up should they so wish.

So, what is it that Qoheleth (one name used for the author of the book) has to say, why does he say it and why is it helpful to us today?

Qoheleth kicks off with a barrage. Life, he tells us, is ‘Utterly Meaningless! Everything is meaningless!’ (1:2). He condemns pretty much everything to be found in this world, whether drink, possessions, sex, riches, children or even righteousness. To him, everything is vanity, nothing, worthless, futile – absurd. The things of this life are so transitory that they may be written off as little better than vapour, or mist. That which is here and then, in the blink of an eye, is gone. After a long and active life Qoheleth concludes that our existence is little more than an illusion, one where the vanities offered up to assuage the pain of life do little more than swaddle reality in a deceitful fog. If there is one thing we can be sure he wants to do, it is to shatter our illusions.

He condemns work as little more than a grinding curse and, as he does so, lists his not-inconsiderable achievements as his credentials to make such a sweeping judgment. As Qoheleth stands back and surveys all that he has done instead of feeling pride he states that, ‘nothing was gained’ (2:4-11). Ultimately, he concludes, we accomplish little, if anything in this life regardless of the effort we invest.

Worse still, any minor satisfaction that may be derived from work is pointless as the fruit of toil will always be no more than a transitory reward. Qoheleth has awakened to the fact that the option to please himself with the rewards of his work may enticingly whisper a promise of freedom but, he has learnt, the voice is little better than a siren call to slavery. The assuaging of the pain of toil by the balm of earned reward is, in reality, the serving of a life sentence. The purchase of goods in exchange for work is a transaction comparable to that of the thirsty person who accepts a cup of salty water to satiate their thirst. Superficially, it is welcome and appears the right thing to do but, in practice, it is counter-productive. Qoheleth should know; he ‘denied himself nothing’ (2:10), but the final satiating of his desires was always out of reach. What is promised never appears. It is all, ultimately, a con.

Qoheleth, it seems, lived in a time of unrest where there was far more ‘war war than jaw jaw’. It was a time when ‘In the place of judgment – wickedness was there, in the place of justice – wickedness was there’ (3:16). Power had, for some people, become little more than a tool to perform evil rather than a lever to do good. The justice system was so corrupted that it was a ‘tainted well’ (4:4). Corruption covered corruption and oppression followed oppression (5:8), in a maze of evil where justice was missing. The good got what the wicked deserve and the wicked got what the righteous deserve (8:14. cf. Malachi 3:13-4:3).

Qoheleth appears to conclude that it is better to be dead than alive. Death always wins in the end and so what is the point in playing this game called life (2:17). The brief and tantalizing flashes of beauty that life occasionally offers up always end up surrendering to decay, for everything that professes to enhance life is, in Qoheleth’s opinion, death scorns all human aspirations. With this in mind he turns to the young and exhorts them to enjoy the good times while they last because, when they reach his age, they will realise just how pointless it all was (11:9-10). He spitefully warns them that ‘…there will be no action, no thought, no knowledge, no wisdom in the world of the dead – and that is where you are going’ (9:7-10). You, one day, will be me, he says, and then you will die. Life is little better than the journey from nothing to nothing, from darkness to darkness and cannot be regarded as a progression as, in the end, it negates its very own self.

Thus, the author’s words turn in upon themselves. In the declaration that all is mist is the admission that his own words are but mist themselves. Despite its power and profundity the book can be seen as the ‘negation of negations, the disappearance of disappearances, the end of ends, the death of deaths and finally, the vanishing of vanities’ (Ellul 57). Qoheleth has secreted a trip-wire in his work and, as we read his words, we realise that his very project of writing his observations down is included in his self-lacerating analysis. Even what he writes is, in the end, an utter waste of time and effort. His exhortations tell us we are to be wise (7:11), but then again not (1:18); work (3:13), but then again not (2:22); get married (9:9), but then again not 7:26); be righteous (2:26), but then again not (7:15); be rich (5:19), but then again not (5:12). He even contradicts himself as to whether it is good to be alive (cf. 9:4 and 4:2).

However, as we read his words and discern the lack of consistency we see that, in his world of unremitting darkness, there are the occasional glimmers of luminescence. So deeply do these contradictions permeate Qoheleth’s work that they provide a disconcertingly powerful theme within his work. When Qoheleth contradicts himself he does not reduce the validity of what he writes but dramatically foregrounds the contradictory nature of the world in which we live. The result of his rhetorical strategy is that his observations resonate more, not less, with life. If we have resisted agreeing with his pronouncements thus far it is here, in these collisions and confusions that we truly encounter life as the paradoxical and frustratingly inconsistent journey that we know it is. These inconsistent elements are marshalled to tear down meaning, but only so that he may then rebuild meaning, ‘discovering new ways of creating clarity and gratification in a confusing and indifferent world’ (Fox 3).

It is as we endure the continual buffeting that his language conveys and the negationistic pictures that he paints that we see how that while he, ‘was often bewildered – reeled – staggered {even} at the anomalies of life, he never quite lost his balance, never quite lost the sanity of hope’ (Divine 26). Qoheleth has spilt much ink in assembling a picture of a world alienated from God (4:10) for he knows that the world is not as it was intended to be and it is from here that his utter loathing of things stem.

Qoheleth has pointed to the nature of existence, the misery of work, the prison of wealth, the tyranny of injustice, the inequality of life and the inescapability of death. He has deteriorated to the point where he is The Cynic. The one who adopts suspicion or disgust at pretty much everything the world has to offer.

Qoheleth has put his finger on that paradoxical cusp where people can live in complete ignorance and alienation while simultaneously experiencing a dissonance that resonates, tinnitus-like, in the back-ground of their lives. This eternity that we have inside of us makes us inquisitive and asks that we yearn for more meaning and it is this that Qoheleth has been grappling with. He points to the fact that, however we put it and however good things are, we know that something is not right with this world.

To wrestle with the world as Qoheleth did is not necessarily the mark of the selfish, the petulant or the depressed. It is the work of one who sees the world for what it really is and is thus sentenced to a life wrestling with that dissonance. It is in this dissonance that we find the place where Qoheleth holds most importance. Regardless of what the world may give or take away we know that all is not what it should be – all is not right. That we know there is something wrong. That we seek, to varying degrees, to find out just what that certain something is. Perhaps one of the reasons that films such as The Matrix or The Truman Show are so successful. They try to show just what this sense of dislocation and a desire to understand may look like.

Ultimately, Qoheleth has lifted the readers’ heads and, in a work of creation through destruction, reminded them that God has ‘set eternity in the hearts of men’ (3:11). That there may be reasons theological to contribute to the debate of just why is I feel there is more.

Zuck, R. B. (Ed.). 1994. Reflecting with Solomon: Selected Studies in the Book of Ecclesiastes. Eugene: Wipf and Stock. 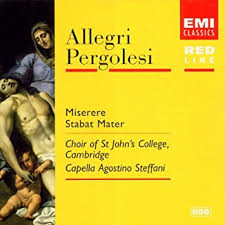 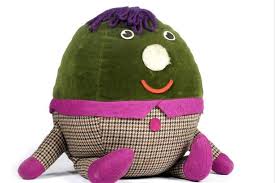 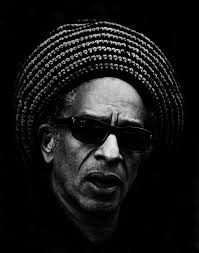 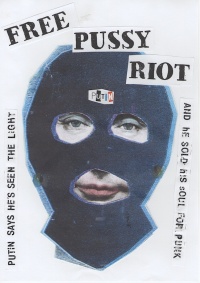 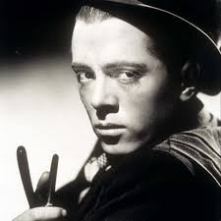 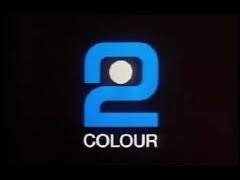 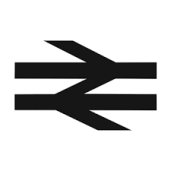 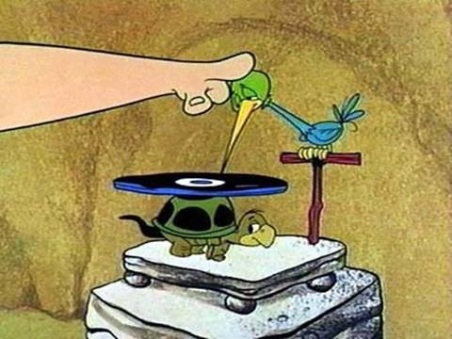 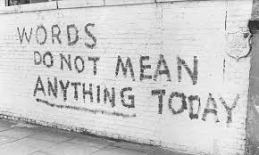 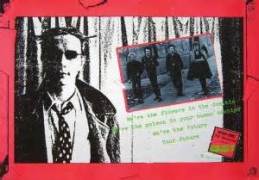 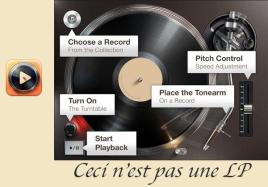 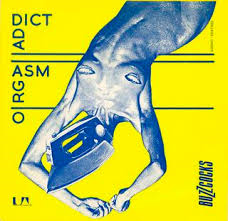