One of the aims of Seditious Theology was to allow others to contribute on things they were passionate about that had a seditious edge.

Well, this month we have my good friend the Rev. Dr Sue Shooter. I used to share editorial duties with Sue at The Journal Of Practical Theology and we had many good chats on many good subjects. Here, Sue introduces us to a voice well worth hearing, Marguerite Porete. I’m not going to say anymore, Sue says all that needs to be said far better than I could. So, over to Sue:

Mark’s radical move of fusing the British punk movement and the words and works of Christ set me to wondering about who the ‘seditious theologians’ have been throughout the ages. If a late 20th century movement can reflect the teachings of an itinerant preacher of 2000 years ago, there must be other places we can discover an ageless message.

So often in the past, whoever controlled the pen controlled history, deciding what ‘story’ was to be told. It is only recently, as a searchlight has been shone into the dark corners of church history, that we have discovered theological voices which have been suppressed. In particular, feminist researchers refuse to accept that women played no significant part in faith history. As a result, female writers and theologians have now come to light, whose attempts at truth-telling were deliberately erased from the record. Often their bodies were eradicated too.

One special woman, whose theology I want to share in this blog, was seen as seditious way back at the beginning of the 14th century. Charged with spreading heretical teaching and refusing to stay quiet, she paid the ultimate price. After her death at the stake at the hands of the Parisian Inquisition in 1310, her spiritual treatise The Mirror of Simple Souls miraculously survived the conflagration. The book remained anonymous for 650 years. Then, in 1946, Italian medievalist Romana Guarnieri discovered that it was the ‘heretic’ Marguerite Porete who wrote it.

So why was Porete’s book deemed so ‘seditious’ that it was condemned to be burnt with her? And what significance, if any, might it have for today?

Porete wrote in the vernacular and not in Latin, which was the official language of those who held power. Moreover, as a woman who had no male confessor to endorse the ‘authority’ of her words, she was not allowed a ‘voice’ in medieval society. This raises a pertinent question still: what language are we required to speak in, if we are to be given a ‘platform’? What are we not allowed to say? We might think only of places like Russia (see what happened to Pussy Riot), or radical Islamist societies (see what happened to Malala Yousafzai), where women’s voices are still suppressed. But consider Germaine Greer, whose attacks on gender hierarchy were once considered anarchic. She has been threatened with exclusion from university platforms because of her opinions on transgender women. Her trajectory shows a sort of spiral from radical feminist to orthodox feminist to heretical feminist. Yet who gets to decide what true Feminism is?

Turning to the content of The Mirror, Porete argued that it is our human will, not our body, which causes us to sin. Therefore we can ‘give to Nature all that it requires’.[i] This assertion was interpreted by the Inquisition as a dangerous invitation to debauchery and anarchy. But if we read on, she explains that if we give our will back to God whence it came as pure gift, we become united with the divine. She calls this surrender an ‘annihilation’ of the will, which might sound frightening. There is, however, nothing to fear, since God’s nature is absolute generosity; and because God gives to us all of Godself, the divine will then works through us. Since the divine will cannot possibly produce debauchery or badness, neither can we.

This subtle premise is as seditious now as it was in the High Middle Ages, though perhaps for different reasons. The idea of giving over our will, of surrendering ourselves to anyone, is an abomination to our individualistic culture. In the 21st century, self-determination is sacrosanct. We don’t want anyone telling us what we can and cannot do. As a feminist, I baulk at what sounds like a capitulation of human agency. It’s taken a long struggle for women to find our voices, to determine our own path in life. But as I mentioned above, Feminism might need some reappraisal. Could this include a debate about what agency truly means? How do we describe the interface between rampant individualism, and relationship with ‘other’?

Next, Porete championed ‘justification by faith’ two centuries before Martin Luther: she questioned the ‘Virtues’ system by insisting we cannot buy our way into heaven by good works. The medieval Christian ideology, which advocated buying time out of Purgatory with good deeds, is reflected in our modern cult of self-improvement. Porete decried the ‘merchants’ and those who ‘peddle [us] pain’s remedies’[ii]: those who analyse what is wrong with us so they can sell us the solution. This is a challenge to evangelical theology in which, like in an Orwellian dystopia, we have to admit all our sins in order to be saved. This shackles us inside a closed system where misfortune is our own fault. When Porete talks about her ‘wretchedness’, she does not promote self-deprecation, but she is acknowledging that she is reliant on God’s goodness.

This is so seditious as to take the breath away.

Can you imagine a world without investments producing profit? Without competition for resources? Without the need for charity?

The sort of charity which leaves the poor dependent on the powerful – who only give if they choose to – would disappear.

Porete’s seditious theology overturns the fundamentals of human power politics, which are bent on convincing us that some people are more valuable than others and should have power over us; that allegiance to ‘orthodoxy’ is required of us; and ultimately, that there is need, other than our need of God. Until we see that life and peace come from the Divine, who is pure generosity in which we share, Marguerite Porete insists that we cannot climb out of the wretchedness of the human condition by ourselves. The only way is radical surrender to Other, who is Love.

She resisted to the cruel end. Peace be on her simple soul.

For more of Sue’s work, turn to: 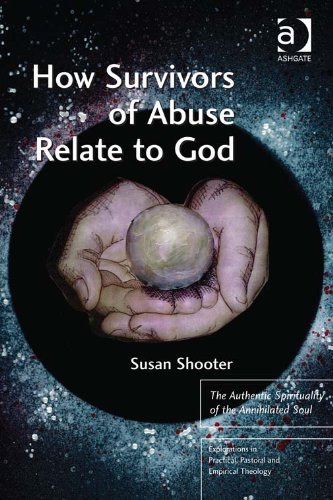